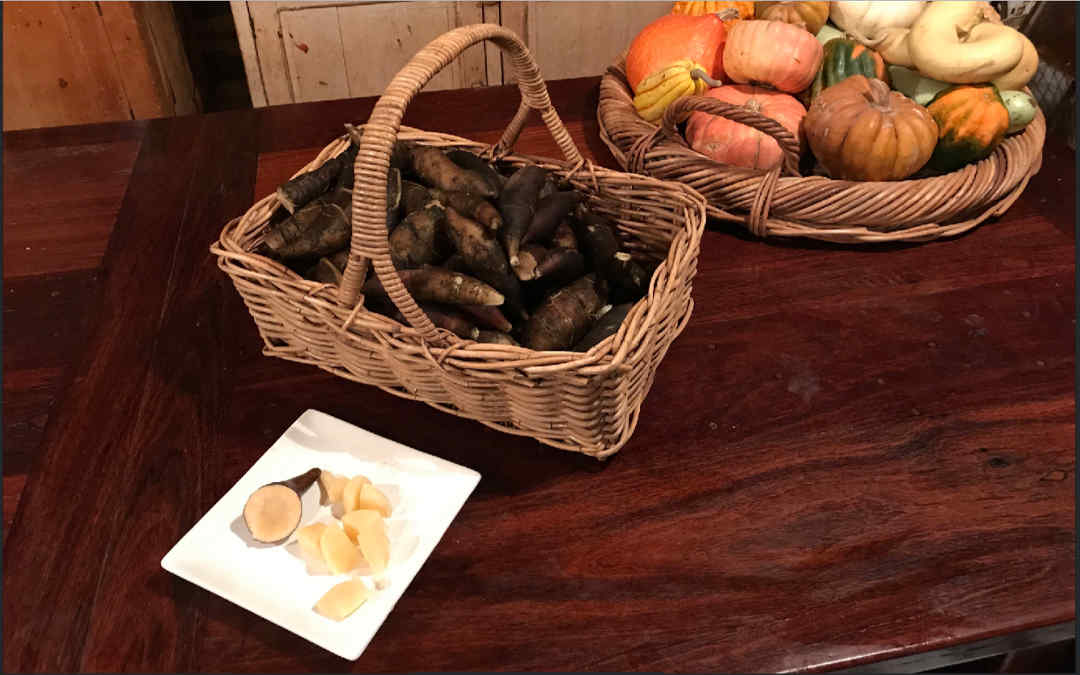 This year I am absolutely delighted with my crops of Yacon, also known as Peruvian ground apple or earth apple. They are a tuberous rooted vegetable that produce tubers which look similar to white sweet potatoes. Tubers are usually 200-500g although apparently under ideal conditions they may get to 2kg each. 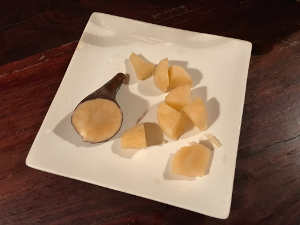 When eaten fresh they are absolutely delicious, with a texture and crunch of a nashi pear and a sweet flavour like a cross between an apple and a water chestnut. Cooked they look like apple but hold their texture so as not to become mushy. I love eating them fresh, adding them to salad, stirfry or my breakfast juice, and I have also been experimenting with them cooked stewed and served on icecream, in crumbles, and in cakes. 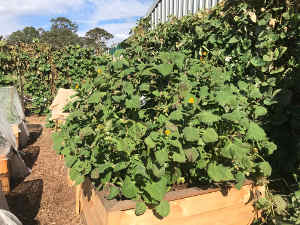 I have grown them in several places at Sophie’s Patch in the past and while they have survived, they have definitely not thrived and given poor yields. So last year I planted some into a wicking bed on the northern side of the shed and they thrived. The tubers are harvested when the plant dies off in winter while leaving a few tubers in the ground to keep growing, however care must be taken when harvesting as tubers are brittle and break easily. I will take more care in future years as broken tubers need to be processed within a few days even when stored in the fridge.

This unusual tuberous crop is a large perennial to 2m high and is a relative of the sunflower, just like Jerusalem artichokes, and like them it does contain inulin, a prebiotic, hard-to-digest carbohydrate which is great for gut health but may cause some wind. My kids call Jerusalem artichokes fartichokes and avoid them, so I didn’t tell them yacon was related, as I did not think that they had quite the same severe and obvious effect. As we did enjoy liberal quantities of yacon straight after harvest, a couple of the kids commented on what they were experiencing and even made the connection… but don’t let it but you off growing this delicious tuber. It’s really not that bad!  In South America, children harvest the tubers, peel them and eat them fresh much like an Aussie kid would eat an apple. If you want to give some a go plant them in late winter and be aware that like most plants that grow large quickly, it appreciates good soil and water. 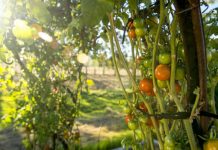 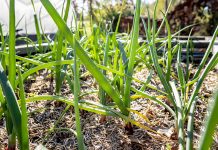 In praise of Spring Onions 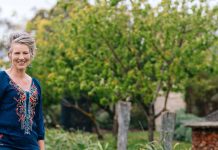 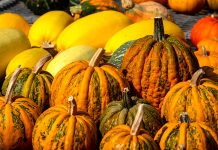 When to harvest pumpkins