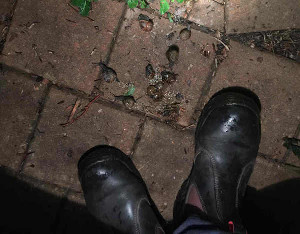 One of the main pests at Sophie’s Patch at this time of year are snails, although there are a few slugs too. Not only do we have the common garden snails, but two types of white Italian snails. These tiny creatures are in very large numbers here and in many other rural areas. They can quickly make a mess as they devour fresh new growth, particularly on tender young plants such as vegetable seedlings.

These slimy creatures are most active during moist weather, just after dark and again in the early morning, and hand culling the large garden snails several hours after dark is very effective if done each night for about a week. This will keep their population reduced for many months to come. I am known to head out at night and ‘tap dance’ for hours by the light of my phone or a head torch. Hand culling is less effective (or should I say less appealing) for slugs and is too hard for the small snails. While theoretically it is also worth cleaning up any areas of rubbish where the snails like to congregate and breed, as I have a number of low dry stone walls, snails are often one step ahead of me as they like to congregate here. 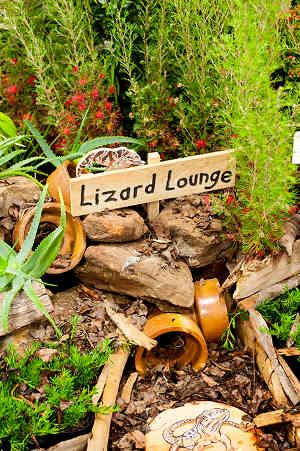 Long term one of the best options is to attract sleepy or blue tongue lizards to your garden as these creatures both love to eat snails. I do have several that exist around our house, however they need to breed up! Ducks will also eat snails, however it is not always possible or appropriate to have a flock of ducks on snail patrol around your garden. I first got Indian runner ducks believing that I could let them patrol in my vegie patch without causing damage. Great idea but the reality was that they also decided they liked the lettuce as much as the snails (the guinea fowl saga all over again) so they now roam the orchard and do a great job of snail control in there.

Other options of controlling snails and slugs include providing a barrier around plants which they love eating, using something that they don’t not like to cross, such as crushed egg shells, coffee grounds, sawdust, wood shavings, shell grit, sharp sand or even wood ash from the fire. If using ash however apply it on the path around the bed and not on the soil in the vegie bed itself, as it will change the pH of the soil, making the soil more alkaline. This is not be a problem in areas with acidic soils, however as most of SA does not have acid soils, it is best to only use this barrier on a path.

The most effective barrier is to apply the 3cm strips of copper tape designed to go around raised vegie beds or pots as a continuous barrier. These remain effective when wet whereas many of the other barriers are not effective then. When the snail tries to cross the band it gets a reaction similar to an electric shock, and is repelled. While it does have an adhesive sticky back it is best to attach it to a wooden raised bed with nails or a staple gun. If using them around metal raised vegie beds use a foam strip to ensure the coipper dosenmt touch the metal bed, or electrolysis can occur, leading to corrosion. These bands are still effective when they age and get a verdigris appearance.

Traps can also be made from the hollowed out skins of oranges or grapefruit, pots or wooden boards which are positioned close to where the slugs and snails are harbouring. The snails come and shelter within these traps so you need to check them and remove the pests early each morning, otherwise they will just become residences. You can also buy a copper spray which is repellent for slugs and snails and will kill when sprayed directly on them. It creates an ‘invisible’ barrier when applied around plants, on tree trunks, pots or letter boxes that lasts for months, doesn’t wash off and is completely safe around kids, pets and wildlife. 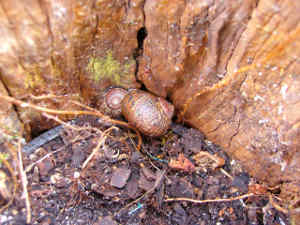 Many gardeners also use saucers of beer to attract snails and slugs, and apparently vegemite mixed in water will do the same thing as it is the yeast that actually attracts them. They slide in and drown however to keep this trap safe from pets use a covered snail bait trap. For some reason that I don’t understand this doesn’t work effectively at Sophie’s Patch, with snails appearing to have a high tolerance of alcohol!? You really need to try various methods to find what works best for you.

As a last resort, there are also a number of environmentally friendly snail baits available that are less harmful to pets or birds and other forms of wildlife, such as the iron based brown pellets. It is still worthwhile putting these baits in a covered snail and slug trap to keep the pellets out of the weather and safe from any other creatures. 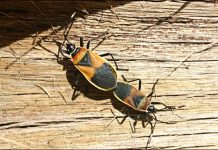 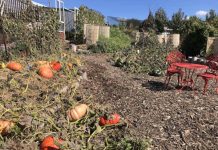 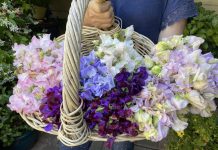 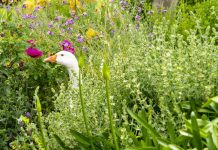 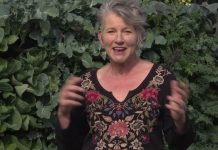